Rendering images with Ray Tracing has never been easier. That's right! Now the 3D market presents a renderer that brings this feature to be easily applied and without constant “bugs”.

If you only need to generate high quality images and videos, you no longer need to spend time learning and configuring engines (use them only when your project requires gamification!)

But before we talk EVERYTHING about D5 Render, we need to remember three rendering technologies used today: Ray Tracing, Rasterization and DLSS.

What is Ray Tracing?

The easiest way to think of the “ray tracing” is to look around you now. The objects you are seeing are illuminated by rays of light. Now turn it over and follow the path of those rays of the eye backwards, to the objects with which the light interacts. This is a lightning stroke.

Historically, however, computer hardware has not been fast enough to use these techniques in real time, as in video games. Filmmakers can take as long as they like to render a single frame, and do so offline in rendering farms.

Recently NVIDIA and Microsoft announced DirectX Raytracing, or simply DXR; an extension of DirectX 12 that allows, in a very simple way, to draw rays within the virtual environment of games.

Any GPU compatible with DX12 can use the feature, but the most interesting part of this announcement is its integration with NVIDIA's RTX technology.

RTX is the result of more than 10 years of development of technologies, algorithms, compilers, optimization, etc. to speed up Ray Tracing processing.

Anyone who works with professional rendering tools, such as those used in film production, must have heard of RTX or at least its integration with Optix.

RTX is basically a “super lightning accelerator” and makes its layout as quickly and efficiently as possible, extracting all the power from NVIDIA GPUs, taking advantage of its CUDA Cores.

Real-time computer graphics has long used a technique called “rasterization” to display three-dimensional objects on a two-dimensional screen. Is fast.

And, the results were very good, even if it is not always as good as what ray tracing can do.

With rasterization, objects on the screen are created from a mesh of virtual triangles, or polygons, that create 3D models of objects. In this virtual mesh, the corners of each triangle - known as vertices - intersect with the vertices of other triangles of different sizes and shapes.

A lot of information is associated with each vertex, including its position in space, as well as information about color, texture and its “normal”, which are used to determine the way an object's surface is facing.

Computers convert 3D model triangles to pixels or points on a 2D screen. Each pixel can receive an initial color value from the data stored at the vertices of the triangle.

Additional pixel processing or shading, including changing the pixel color based on how the lights in the scene reach the pixel and applying one or more textures to the pixel, combined to generate the final color applied to a pixel.

This is computationally intensive. There may be millions of polygons used for all object models in a scene and approximately 8 million pixels on a 4K screen.

And each frame or image displayed on a screen is usually updated 30 to 90 times per second on the screen.

Certainly, many factors contribute to the overall quality of graphics and the performance of Ray Tracing.

In fact, because “ray tracing” is so computationally intensive, it is often used to render the areas or objects in a scene that benefit most from the visual quality and realism of the technique, while the rest of the scene is rendered using rasterization. 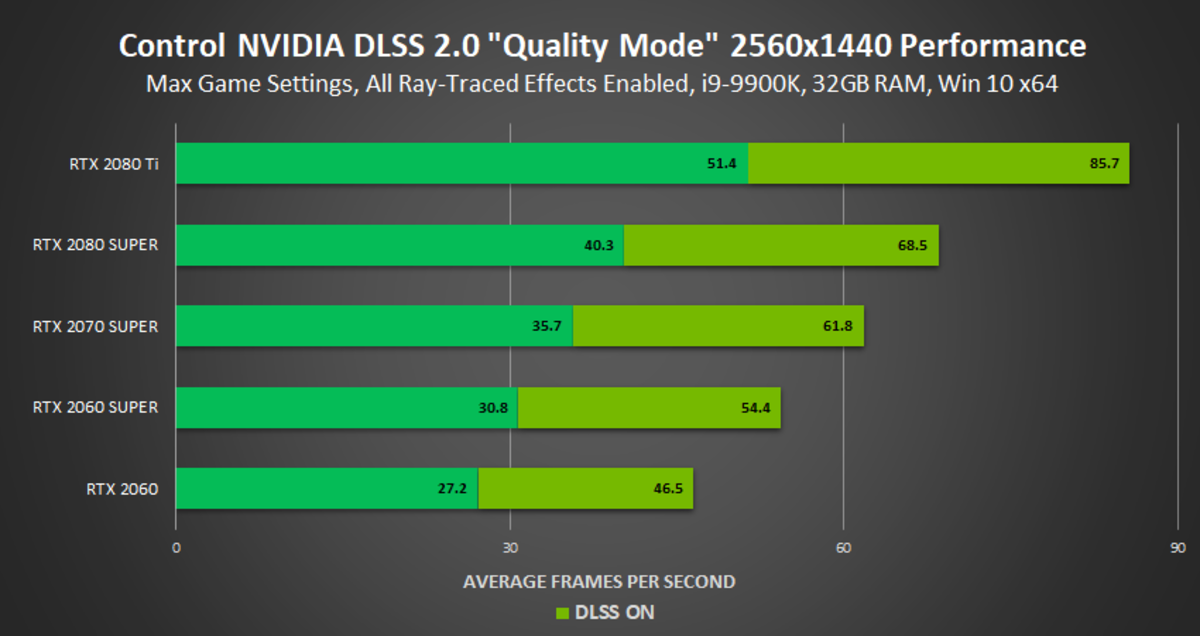 Now that we’ve talked about rendering techniques, let’s list topics about this new program that’s giving you something to talk about, due to the high quality of the images generated by it.

Its renderings are ultra-realistic, really comparable with software such as Corona Render and V-Ray, having a great advantage over these: rendering speed by using the GPU.

The program is stand-alone and has direct compatibility with SKP files. A simple 3D modeling and application of materials in SketchUp is enough to create beautiful images and impressive videos with D5 Render. 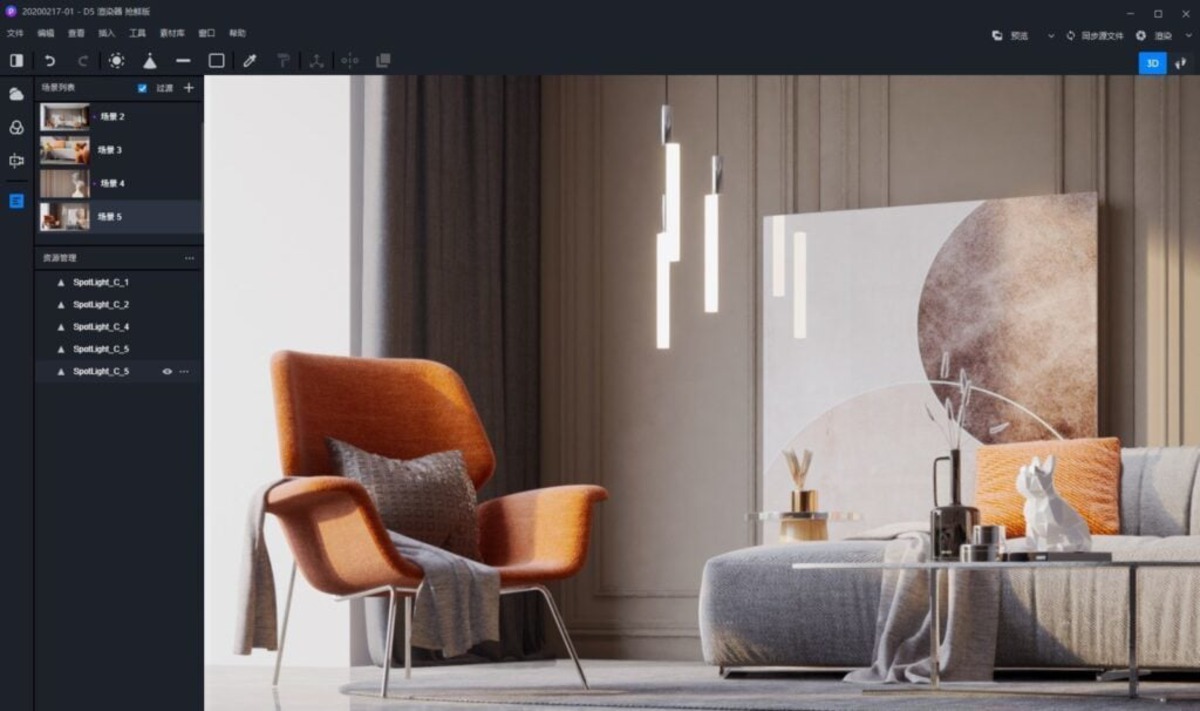 The program also accepts other formats, such as FBX and D5A, this one, native to D5 Render itself, can be generated in 3DS Max or Blender, through Plugins for export.

Are on the agenda for the next updates, Plugins for Rhino, Revit and C4D. Let's wait. 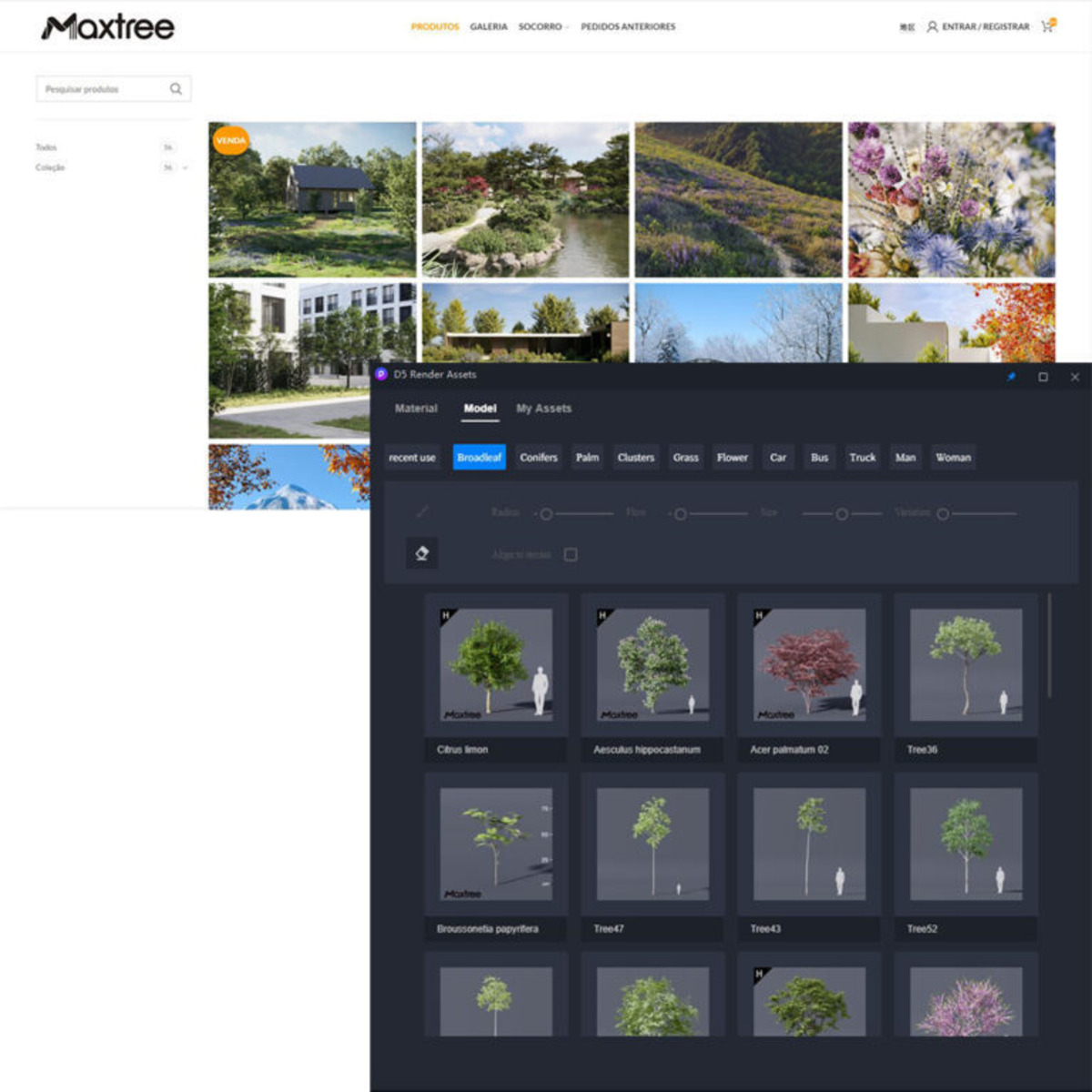 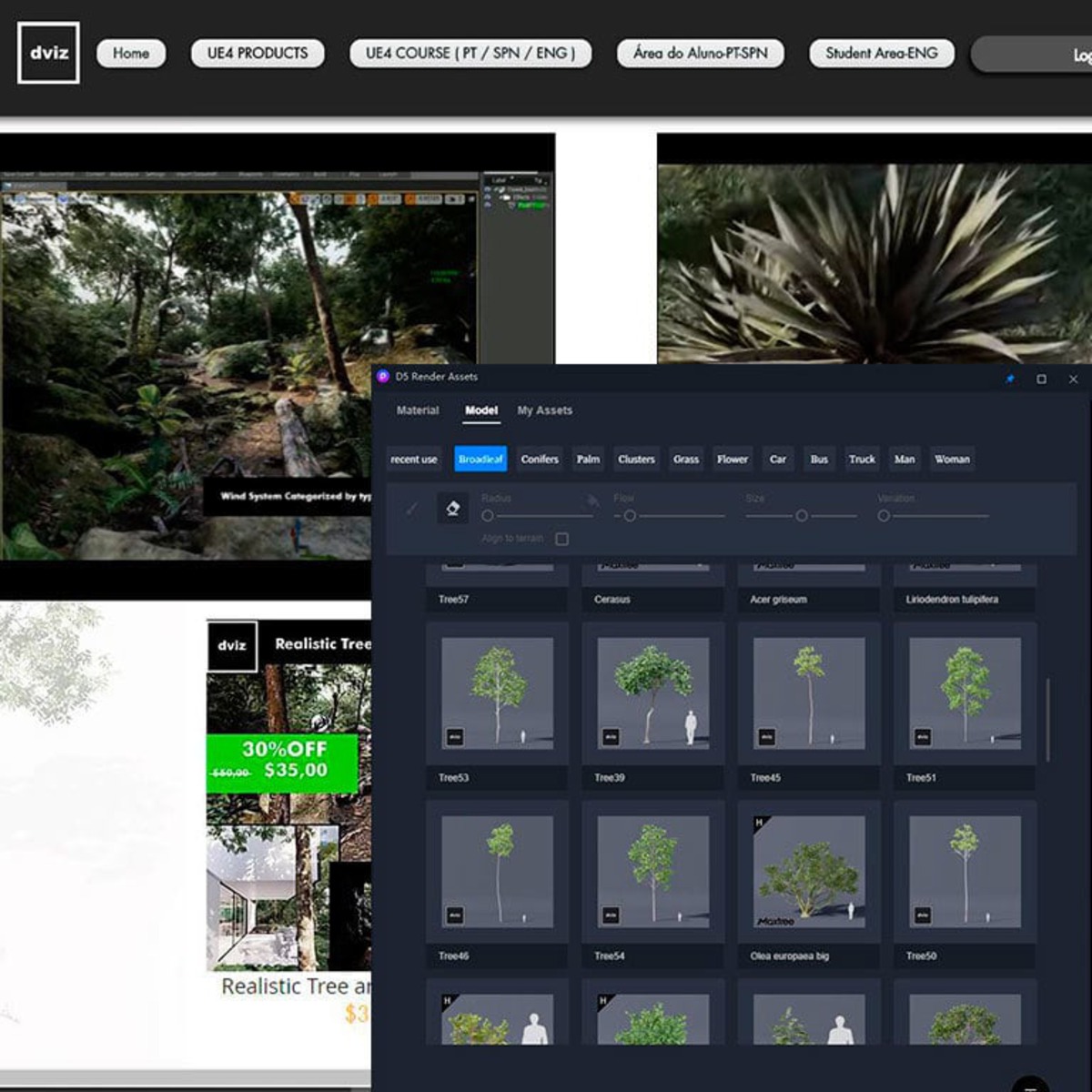 The setting of PBR materials is very easy and fluid, including the application of additional texture maps. A highlight for the “displacement” material template, with which it is possible to create materials with accurate relief, due to the application of a height map. Still on partnerships with specialist companies, we cannot stop talking about Share Textures and Texture Box. High-level materials ready for use. 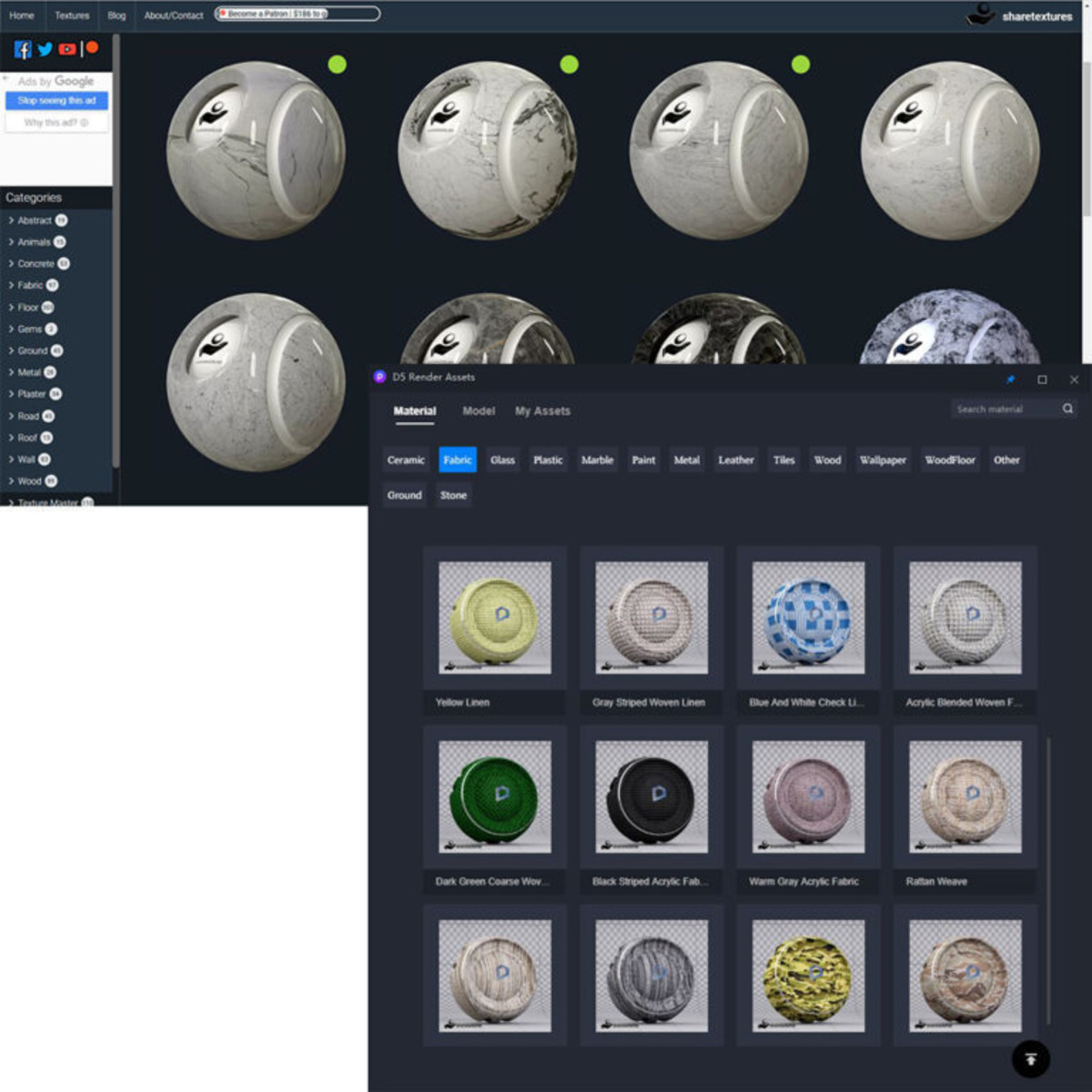 For now the program only accepts video cards from Nvidia and the minimum requirement is GeForce GTX 1060 6GB. There are those on the internet who have already tested and managed to open a scene in D5 Render using an AMD graphics card, but have not been successful in rendering export. Who owns AMD GPU should wait a while.

For smooth navigation and rendering performance, it is highly recommended to use the Nvidia GeForce RTX 2060 series or higher (or Quadro RTX).

The D5 Render's main rendering pipeline is built on the basis of the DX12 + DXR. It needs the Win10, v1809 or higher operating system. 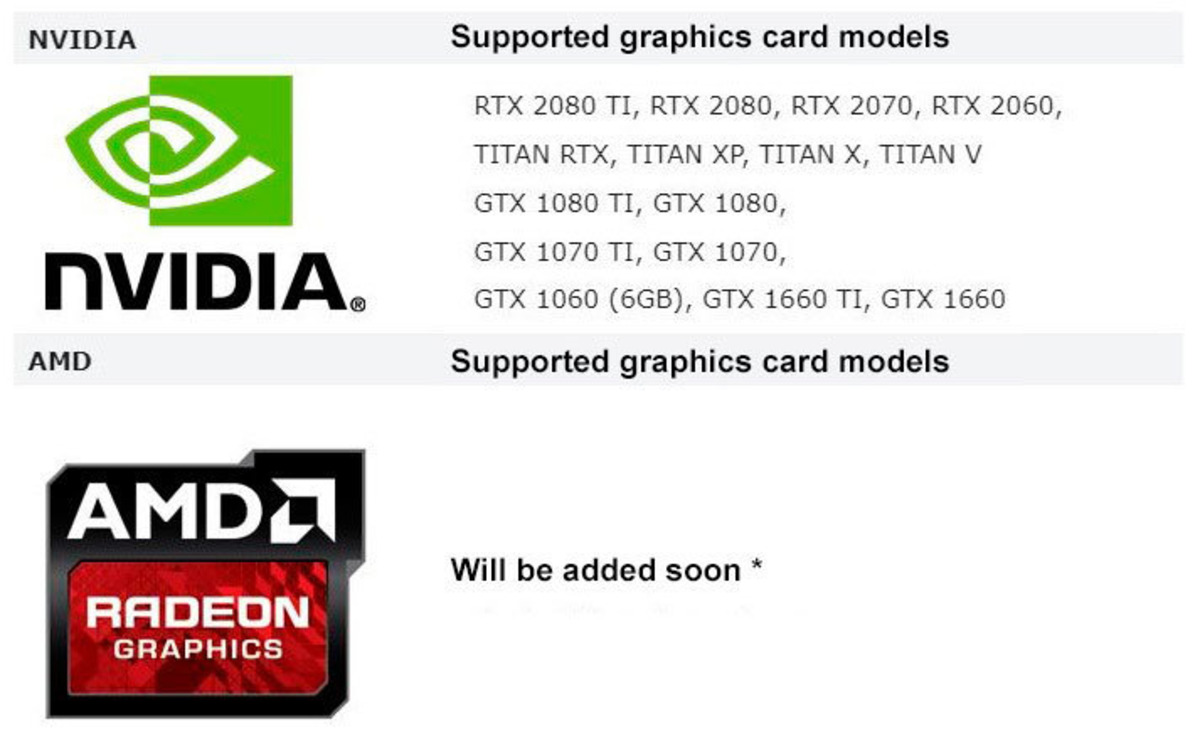 Yes! The D5 Render recently released version 1.6.2. Whoever downloads but does not buy the Passport ends up acquiring the FREE version of the program, also called COMMUNITY. The developer recently went on to provide an educational version.

A Community version has almost all the features of the PRO version, with access to a library of materials and 3D objects, although with some limitations; it is also not possible to export video, just ordinary images and panoramic images (at high resolutions)

But if you are a professional user or company and need for commercial use, you must purchase the passport. With it you will have lifetime access to new updates and new features.

See the differences between the versions below: 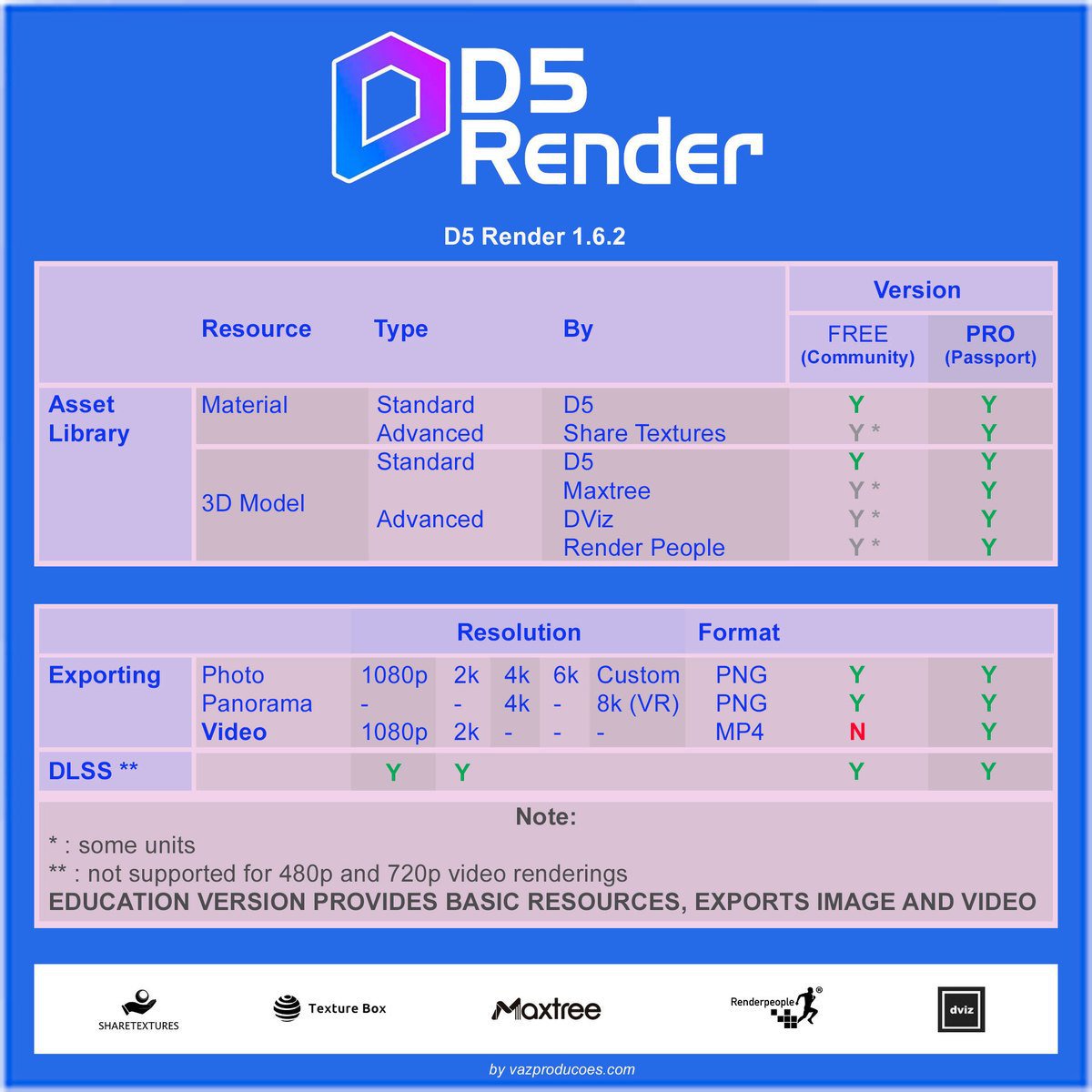 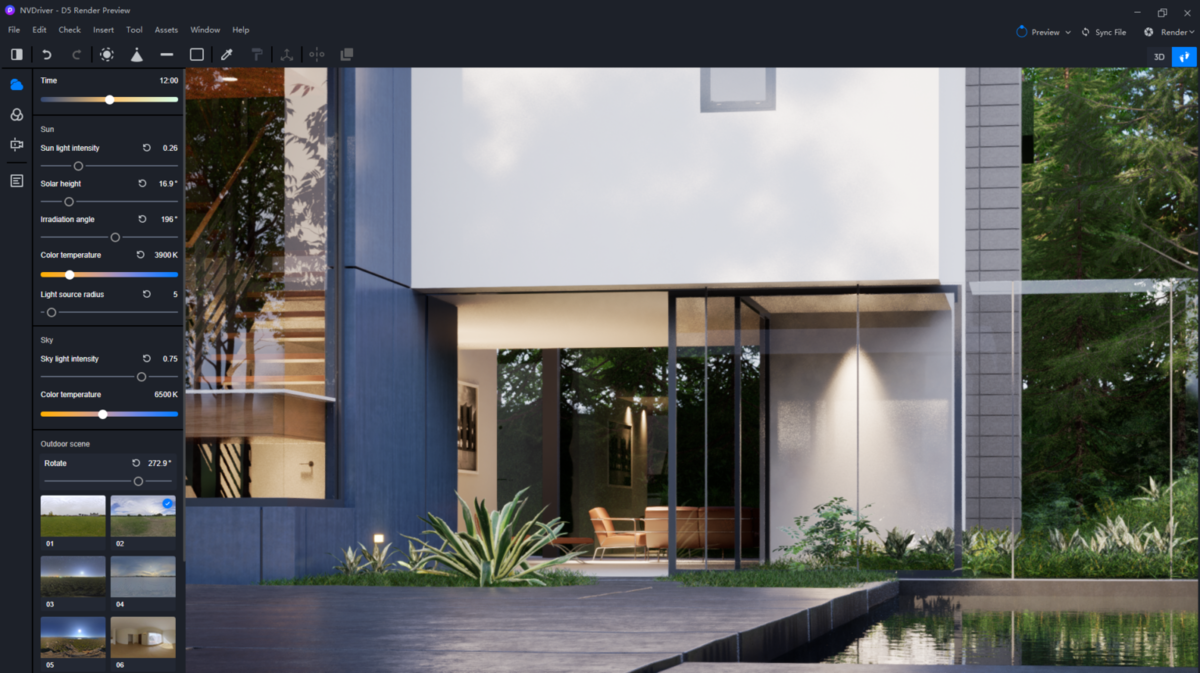 In fact, D5 Render combines the benefits of Ray Tracing and Rasterization, to achieve real-time interactivity and photo-realistic images simultaneously.
Of course, there are still some points to improve for the next versions, but it is on the right track. 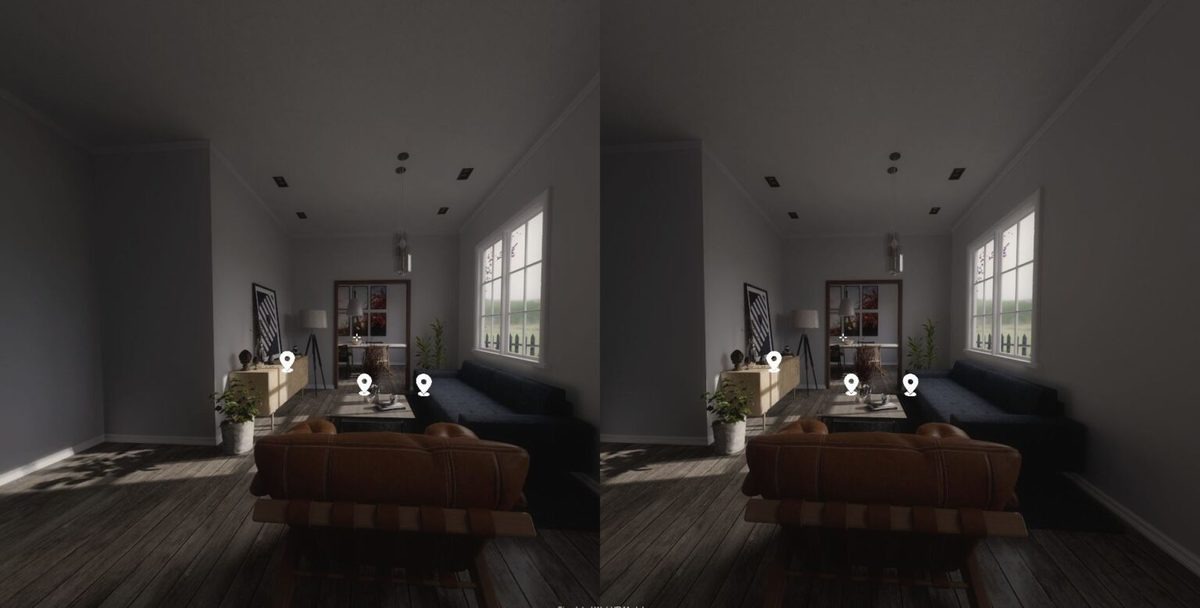 You can check in this video made by D5 Render (D5 Film Ep.2) some works done by the D5 community, which we were honored to contribute, and confirm what we show in this post: high level renderings!

How about learning now how to create high quality images and videos with D5 Render? Start now! Click here.

We prepare content especially for you D5 Render user, whether you are Community, Educational or Pro.

We are making available our library of high quality assets, ready to insert in D5 Render. Check out:
https://www.vazproducoes.com/d5user

If you want to upgrade or even purchase the D5 Render, use our coupon "vazproducoes" and receive a discount.
https://console.d5render.com/signin 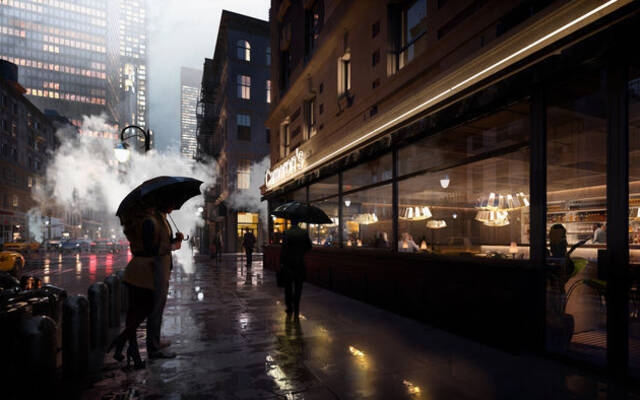 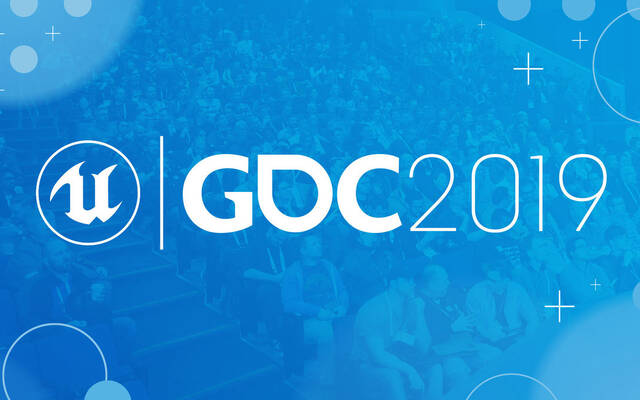 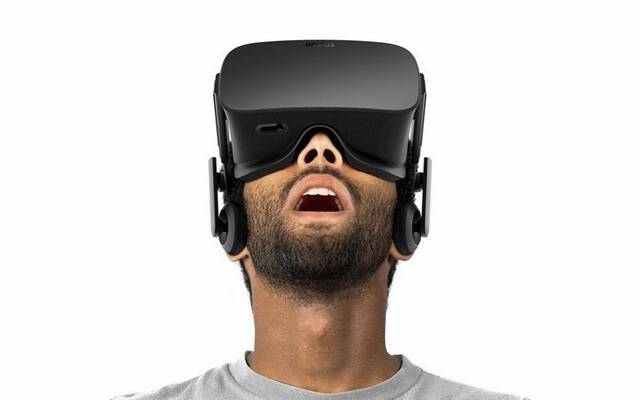